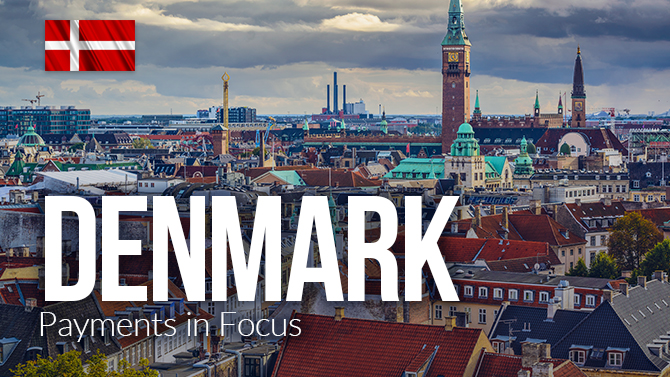 Editor’s note: This is the second post in our Payments in Focus Series. You can see the previous post on payments in China here.

Danish law regulates the charges that can be imposed by retailers when payment cards are being used in Denmark. The rule is that the retailer is allowed to impose any surcharge on the card holder when the payment is made with a credit card issued in Denmark or abroad, but not when a debit card, such as the Dankort or an international debit card is used. If a retailer chooses to surcharge for the use of a credit card, this fee may not exceed the fee paid by the retailer to the acquirer, and maximum up to 3.75% per transaction.

The rules applying to physical trade, i.e. point-of-sale transactions and non-physical trade (e.g. online shopping or purchases from vending machines or self-service checkouts) are shown in the table below. The rules for non-physical trade are simpler, and for all types of payment cards the acquirer may charge a fee to the retailer, while retailers may pass on, and usually pass on, such fees to consumers.

Based on the Danmark’s Nationalbank’s retailer survey, the acceptance rate for cards varies from industry to industry. Nearly all supermarkets, clothes and shoe stores, hotels and restaurants offer payment by Dankort, and many of them also accept international cards. Among specialist food stores and stores supplying services, slightly fewer accept the Dankort. Furthermore, in the latter group less than half allow consumers to pay by international cards. 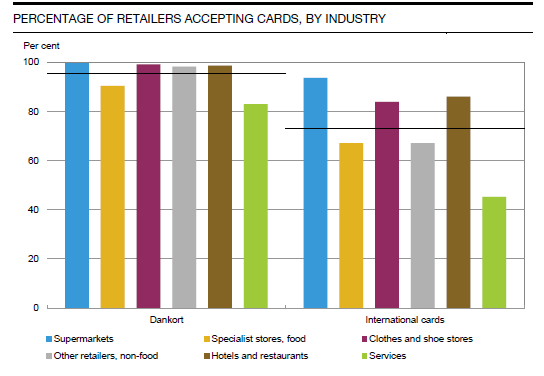 Among the reasons why consumers prefer the Dankort are that no fees are charged in retail stores and that it can be used virtually everywhere. However, the immense popularity of Dankort with consumers constitutes a barrier to innovation in the Danish card market since the fee model would always seem to support the use of debit cards.

Another key element of the Danish fee and surcharging rules is the distinction between “physical” and “non-physical” trade. Self-service checkouts and vending machines are defined as “non-physical” trade, and in such instances of Dankort payments, a higher acquiring fee is charged than when sales are at staffed checkouts. Having said that, this distinction in the rules reduces the incentive for retailers to install self-service checkouts and vending machines.

I would like to wrap up this post by announcing an upcoming event Money20/20 Europe to be held in Copenhagen, 4-7 April 2016. It’s going to be the world largest fintech event to be landed in Europe with over 3,000 attendees coming both from credit card and debit card dominant countries.

Advice to attendees coming from credit card countries: Bring as much cash as possible or you are going to be surcharged! 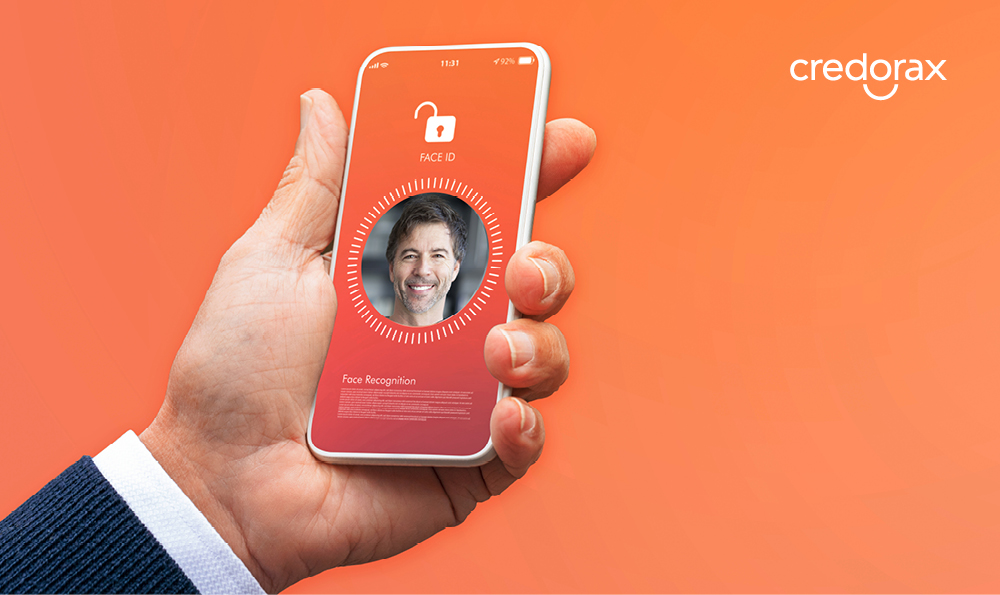 PSD2: This is an abbreviation of the ‘Second Payment Services Directive’. PSD2’s overarching goal is to encourage an open...
By Credorax
January 6, 2021

For merchants, the world’s new normal is full of challenges. With all that’s on your plate, the last thing...
By Dar Diamant Product Marketing Specialist
December 16, 2020 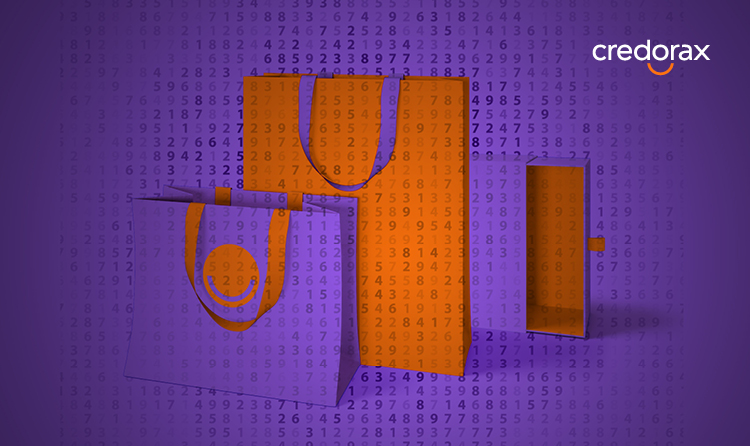 How First-Class Payments Data Can Impact Your Bottom Line

Payments Data: From Headache to Opportunity The truth is, that for all the data that’s out there, businesses of...
By Orit Mansur BI Front End Lead
November 26, 2020
View more posts
Thank You